IntegrationMonday T-Shirts at the London Summit – Who’s in?

Just wanted to share an idea we had for the London BizTalk Summit.  The idea was to help raise awareness of the Integration Monday series by having people who enjoy integration monday to wear a t-shirt.  I got a few suggestions about having a store where we could order t-shirts that were branded and I have tried to set this up on TeeSpring but I have raised a couple of support queries with them about the campaign before we told people about it and they have not replied to me so I was a little concerned about using it in case they didnt deliver the t-shirts on time to people or there were problems which id end up having to deal with so I’ve decided to pull the idea of creating somewhere people can order them from.

We would still like to do this idea though, so some of us will be getting our own t-shirts based on the below design with #IntegrationMonday written on it somewhere.  If you would like to join us and are happy to arrange your own t-shirt then that would be great!!  Also feel free to create your own design

Hopefully we can have lots of people wearing integration monday t-shirts at the BizTalk summit (I might even be controversial and wear mine on the Tuesday too!) 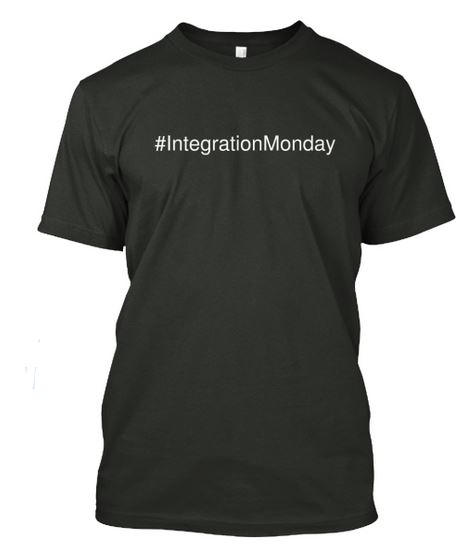 Ill buy a pint for the person who has the coolest T-Shirt design.