Hopping around the world with an Azure VM

Some of you know that recently I’ve been in Hong Kong helping a company with some Azure hosted BizTalk stuff.  For a long time now I have hosted all of my BizTalk development environments in Azure but they are usually hosted in Ireland.  When I went out to Hong Kong I had a couple of things which came up where I needed to be able to access the development environment back in Dublin.  The problem was that from the office using RDP over the office wifi from my surface all the way back to Dublin was OK but when you wanted to write a bit of code it was rather sluggish.  The below shows what I was doing. 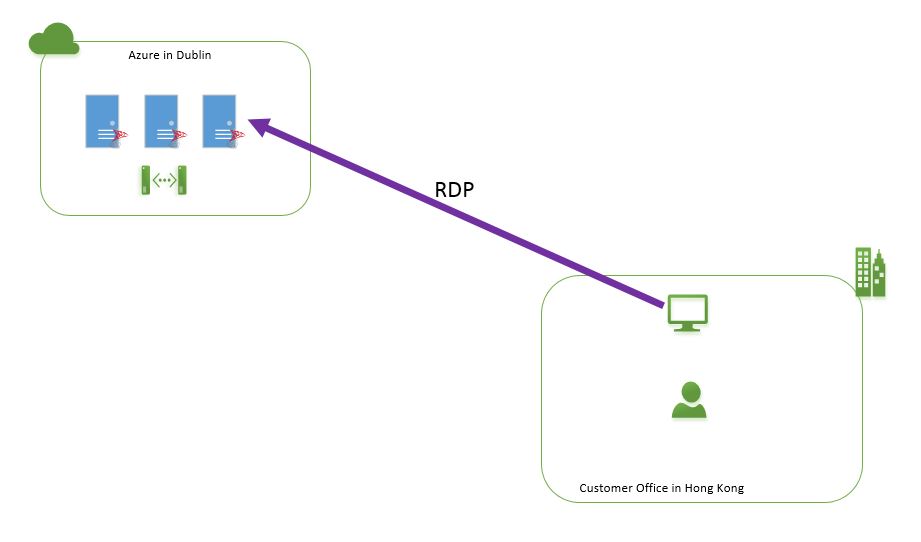 One of the great things about Azure is that there are many data centres around the world and the connectivity between them is pretty good.  I had a cunning plan to help solve the sluggish performance when trying to development.  First I span up a VM in the Azure Hong Kong data centre.  I didnt need anything on it as it was going to act as a hop box.  I now would RDP to my new Hong Kong hosted Azure VM and then from that machine I would RDP to my Azure BizTalk machines in Ireland.

The below diagram shows what I was doing. 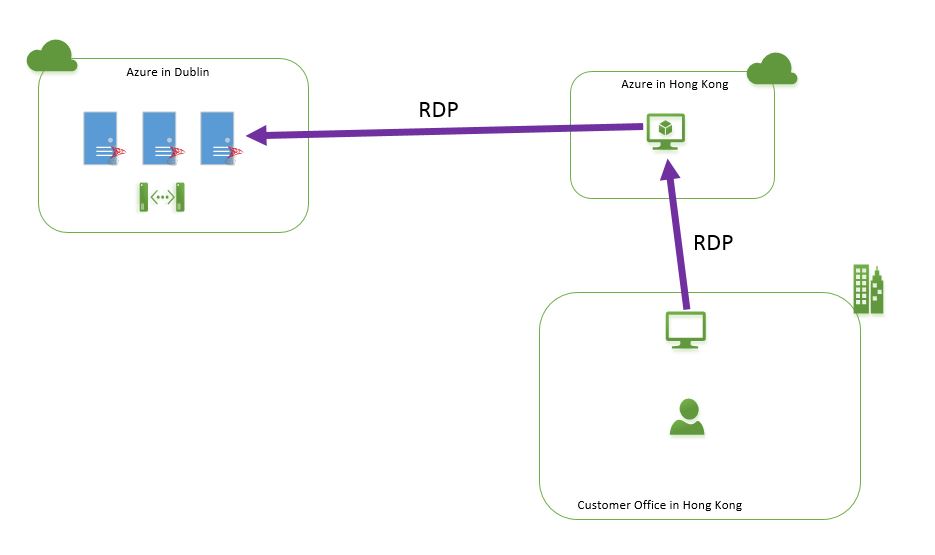 This was quite a simple solution to the problem but I thought it was kinda cool and worth sharing.  Oh and finally the other great bit was I just deleted the Hong Kong VM when I got home and it had cost me peanuts.